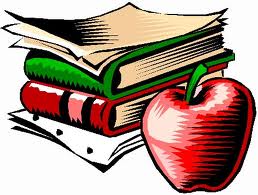 [Chris and I have been getting so many questions about why we placed our daughter at Faith Christian School so here are our honest opinions.]  My daughter became a walking target for bullying and teasing in school. We moved to a new neighborhood which put her in a new school district. Navigating a new school was hard for her being a shy girl, it made it hard for her to make friends. Not to mention she had very curly hair, two very large front teeth, and thick bottled glasses and had to wear a patch over one eye. To further complicate her social status she became the target of discipline in class because she wasn’t able to focus on the task at hand, and was sent to special classes for reading and speech. The icing on the cake for Cheyenne was when she contracted a dangerous disease causing her to be absent from school for several weeks.
I hated that Cheyenne was suffering so much. She was struggling with friendships, self esteem, and understanding her assignments. We later learned that she had ADHD which explained the lack of clarity. After the initial results and lack of progress in class, we felt we were not being supported by her school. As each school year passed, Cheyenne became less of who she was. She became more withdrawn, shy around students, didn’t want to go school, and was ridiculed when she offered her opinions in class.
I had heard about a private Christian school and dreamed of sending her there because my husband and I were still baby Christians ourselves. We wanted to build a stronger foundation of faith for her. The problem I was running into was whether we could afford a private education; and would we be sheltering her from the reality of life?
After I turned in her application, a woman by the name of Deb said something very profound to me. “Don’t ever let finances be a reason to not pursue Faith Christian School. If this is where God wants her, He will find a way. Jesus didn’t intend school to only be for the rich.”  She then handed me an application that determined our tuition payments based on our income. After going through a family interview with the school (which my children were the WORST behaved in their entire lives), we were accepted for Cheyenne to attend school. Hurdle number one was passed!
God went beyond our hopes in terms of affording a private education. Her tuition was less than what I paid for weekly childcare for a school age child. Hurdle number two came next, were we sheltering our daughter by sending her to a private faith based school? What about letting her be a light to the world?
We didn’t have a clear cut answer to this concern until after she had been attending school. Over the first year, she woke up in a bubbly mood,  in a hurry to get to there. She had friends that knew her so well, they finished her sentences. Her self esteem grew, as did her self confidence. Grades were the next thing that improved with the help of her teachers and additional resources.
She wasn’t being sheltered, instead it was like putting her in the proper soil to strengthen her root system. She is now able to firmly stand her ground as the world attempts to sway her with secular views versus what the Bible teaches. She knows who she is and what God expects of her. She is a light to her friends and to those who are not Christians. Their opinions of God don’t sway her.
Then there’s the education aspect. When she first began attending, she was behind or below in every subject. She is now ahead or above her grade level in many of her subjects. She gets one on one time with her teacher and has a small class. My husband and I are amazed at what she’s learning from the Bible and her Christan Heritage.
As parents, we agonize over finding the right daycare and the right preschool, why shouldn’t finding the right education be the same?  As Christians parents trying to navigate an ever widening liberal world with no moral compass, shouldn’t we consider what influences our kids for over eight hours a day? Just because Kearney is building several new schools, it doesn’t mean the worldly influence won’t be there and just because we live in Nebraska, it doesn’t mean liberal views and parenting won’t be there. These are just some things to chew on if you are concerned about your child’s education. The blessings of placing our daughter in a private faith based school has been too numerous too count.

One thought on “Faith Based Education”