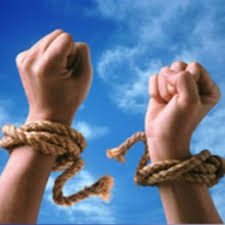 They say hindsight is 20/20 as I reviewed the carnage of my addiction. It’s left residue in every part of my life, socially, physically, and mentally. Unknowingly, it built walls around me and was my source of comfort, relaxation, and entertainment. As the months passed, my spirit began to get restless and God revealed how enslaved I was to this addiction. He asked me which master was I willing to serve.


Jesus had been nudging me about it for awhile and I was ashamed that I had picked up an old habit, an old addiction. It was triggered by being around old situations and family. I thought I could do it once or twice and have no consequences from it. I thought it wouldn’t be a problem; but my body and addictive personality didn’t see it that way, I was hooked. Soon I was planning my life around when I could have the next one and was paranoid all the time that my friends and family would find out.
I finally made up my mind to quit but the chains of my addiction were pulling me back into the pit I willingly crawled in. When I first committed my life to following Jesus, He gave me supernatural strength to be free of all my addictions…and all at once for that matter. This time around, quitting was like trying to climb Mt Everest in flip flops. The more I tried, the more my chains choked me. Everything became a battle, every effort was met with resistance that I couldn’t stand against. I gave up and told God unless He did something about it, this addiction would win. I went to church that week and laid it down at the alter telling God, “I want to serve You more than anything else, and I’m so sorry I ever started this again in the first place. I can’t do this alone. Either You fight the battle for me or it’s going to win.” The next morning, it felt like something shifted in my spirit. I felt lighter, with an extra bounce in my step and the little things that usually irritated me weren’t a problem. It hit me several hours after waking up that I didn’t want to feed my addiction. I didn’t have the physical symptoms of withdrawal.
As I sailed through the rest of the week, I would be hit with mountainous cravings and I wanted to give in. When it happened, I could hear God telling me, “Remember I am all you need. I am enough for you.”
I repeated that to myself every time my skin crawled, when I felt restless, and anxious, “I want God more”, and the cravings eventually subsided. Without resting in God’s arms, there is no way I would have won this battle.

Are you trying to quit an old habit, an addiction? It could be something as serious as meth to the minor issues like smoking. In this day and age, the catagory of addictions is growing longer and can be classified into soft addiction or hard addiction. Things like Facebook, surfing the web, texting, watching t.v., video games, shopping are some of the ‘softer’ addictions. The more commplace addictions we are used to hearing about are bulimia, anoerixa, drugs, alcohol, porn, and gambling. How do you know if you have an addiction? Addiction is defined as, “Historically, addiction has been defined as physical and psychological dependence on psychoactive substances (for example alcohol,tobacco, heroin and other drugs) which cross the blood-brain barrier once ingested, temporarily altering the chemical milieu of the brain.
Addiction can also be viewed as a continued involvement with a substance or activity despite the negative consequences associated with it. Pleasure and enjoyment would have originally been sought, however over a period of time involvement with the substance or activity is needed to feel normal.[1] Some psychology professionals and many laymen now mean ‘addiction’ to include abnormal psychological dependency on such things as gambling, food, sex, pornography, computers, internet, work, exercise, idolizing, watching TV or certain types of non-pornographic videos, spiritual obsession, cutting and shopping.(http://en.wikipedia.org/wiki/Addiction).
If God is calling you out of it, I urge you to run to Him and cling to Him for all its worth. Being free is a treasure worth pursuing. You don’t have to carry that weight of it, He will do it for you. I urge you to talk to someone about what your facing. Think about what freedom means for you, for your children. What do you want more, God or an addiction that has no regard for your life? God has plans for you, so much more than you know.

2 thoughts on “Freedom From Addiction”