I had a dilemma. No question about it. The real kicker? It was a mess of my own making…to a degree.
Two issues plagued me. The house that was supposed to be a refuge for me and my family more closely resembled a disorganized storage facility than a home. The other issue involved homeschool. My oldest son, Josiah, a.k.a. Joe, was mottling through his first grade year while his little sister, Morgan, plunged into Kindergarten with a fervor unrivaled by any four year old I knew. Joe was struggling but accomplishing what he needed to do in a day’s work and I figured that after a few months he’d grow accustomed to the new curriculum. Little did I know my high hopes were about to take a nose dive.
Every day became a fight with Joe. He came to understand the lessons he needed to learn. But he also came to despise them. It would take him an hour to do half of a worksheet. A parent might accept that if the worksheet were teaching a concept their child struggled with. For Joe, it was handwriting, and he knew what to do. He just didn’t want to do it. That quickly became the norm with every subject. I’d be forced to hover over his shoulder the entire time just to get him through one worksheet. This process included yelling, temper tantrums and desk pounding – most of it on my part, and it almost always ended with Joe proclaiming, “I hate school!” Six o’clock in the evening rolled around and Joe would only be halfway through his work for the day.
It was bad enough that I couldn’t come up with a way to get Joe through school without a fight, but nothing else was getting done. After spending an entire day at odds with him, I was too discouraged and worn out to deal with house work. Although I knew my husband understood my predicament, I couldn’t help but feel like a total failure to him and my kids.
Fellow homeschooling mothers offered me great advice. I took in every bit of it, then set off to apply it to my frustrated son. Some ideas were flat-out failures. Others lasted for a few days to a week. But nothing lasted. I’d like to say that when all hope seemed lost, my salvation came upon me in this bright light of revelation. But it wasn’t quite like that.
I lay awake in bed one night, pondering my predicament. After hours of tossing around, an idea came to mind. It was one I’d thought of before but never did because I figured it would be a flop, same as the rest. After reconsidering it, though, I decided to try it out the next day.
That morning I announced to the kids that we were going to do something different. Then I laid out the rules of our new homeschool “game”. They were to pick out their first subjects for the day. Then they were given a choice of any room in the house to work in, even the bathrooms. But they had to 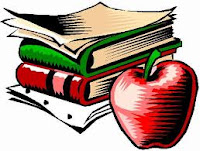 agree on a room for all of us to start in. Whatever room they picked, Mommy had to clean in that room until one of them finished their subject. The first one to finish his or her subject got to pick the next room for us to work in. The kids loved this idea and promptly agreed on Joe’s room. Of course, what kid wouldn’t want their mom to clean their room while they did homework?
Morgan finished first and chose her room next. So the day progressed and we went from room to room, the kids working while I cleaned, pausing now and then to give instruction. Even my one-year-old son enjoyed playing on the floor in each place. When my husband returned from work that evening, the house was by no means spotless, but much cleaner than when he left. And to top it all off, Joe finished his schoolwork by 4:00 that evening. The results were not astounding, but I was thrilled regardless.
The kids still love the game and we plan to continue using it from here on out. I would highly recommend it to any homeschooling parent or those who send their kids to public school and struggle with the homework routine. By God’s grace, our home is slowly transforming into a sanctuary again and this frazzled Mommy can finally take a guilt-free break.
[About the Guest Blogger]
Melissa N. StrohFrom her youth, two things drove Melissa’s passions: a love of history and the love of a good story. She always desired that God would use both in her life, but never thought it possible. After two years in a mission-based Bible College, she felt Him calling her to pursue her dreams and aspire to become a historical fiction writer. For eight years she has studied early Irish History and the art of fiction writing. She and her husband reside with their three children on the family ranch outside Newcastle, Wyoming If you have any questions, you may contact Melissa at justajar@yahoo.com or post your comments here.]

8 thoughts on “The Home-school House Fixer-upper”